Welcome to the official home of the Capital Area Soccer Association.

CASA was formed in October 1996 to serve soccer players and their families in the Greater Harrisburg Area including Lower Paxton, Susquehanna, West Hanover and other surrounding townships.  It is an association formed and run by the parents of youth soccer players. Players do not need to live in these areas in order to join CASA.

Come watch the Harrisburg Heat on January 22nd (7:05 pm) as they celebrate their 30th season!

Discount:  Tickets are $14 (discounted from normal price of $20)

Parade of Champions:  All CASA players can parade around the field and remain on field for introductions/National Anthem

Tickets can be purchased at the CASA office.

Explosive Sports Performance has been working with a program for the past 2 years to help understand why ACL’s occur and what is the most common mechanism in an athlete's mechanics that is causing that.

This program has shown us a way to train athletes to get them to move better and return their bodies back to joint security.

Follow CASA on Instagram to seen the latest pictures and information.  Learn about program updates, special events, camps and more. Be a part of the CASA community.

Follow CASA on Facebook be in the know. Learn about program updates, special events, camps and more. Be a part of the CASA community.

We ♥ Our Partners & Sponsors

Thanks to all the partners and sponsors who support CASA and local soccer in Central PA! We couldn't do it without you. CASA families: please show your love for them and spread the word about their generosity. 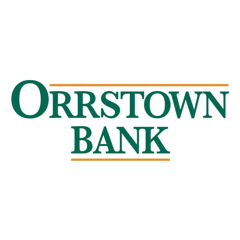 Help your business grow and support local soccer. Sponsor our organization, our annual tournament and more. We can introduce your business and brand to a large and devoted fan base. Contact us today to learn about a variety of sponsorship opportunities.

Photo Of The Week